Are you familiar with the website Ready! Set! School! ?
It's a Really cool website designed to help Utah children get ready for school.  On there they have terrific ideas for activities to do with your child to prepare them for kindergarden.  My oldest will be starting school in exactly three weeks-- Yikes!
One day we decided to do the counting activity.  On there it talks about using a die to count objects around the home.
I could of used a normal die we already had on hand, but I thought it would be so much more fun to make our own.
We called Grandpa up and asked if he had any extra wood laying around and if he would mind cutting it into a square cube for us.  He obliged and made it far more fancy than I could have imagined, including being perfectly sanded, stained, and having my boy's initials in the side.
Once we got it I added circles on each side, following a real die.
My boy was in charge of picking each color and painting the circles.  I let him use his finger, since he has better control that way, than with a paint brush. 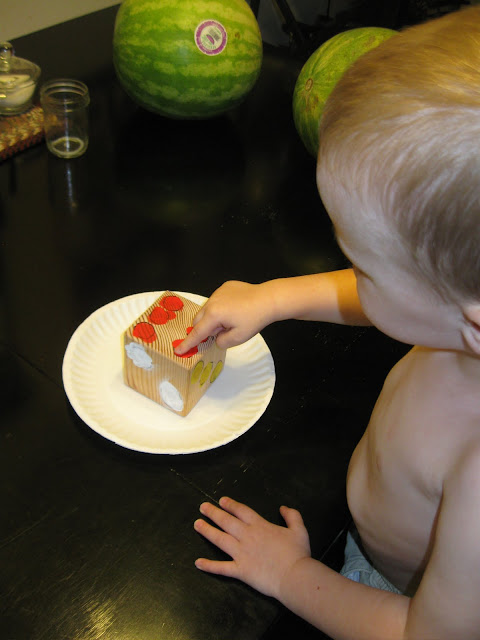 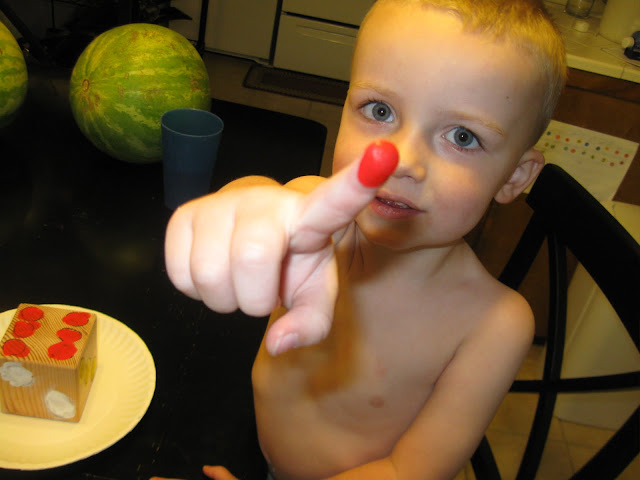 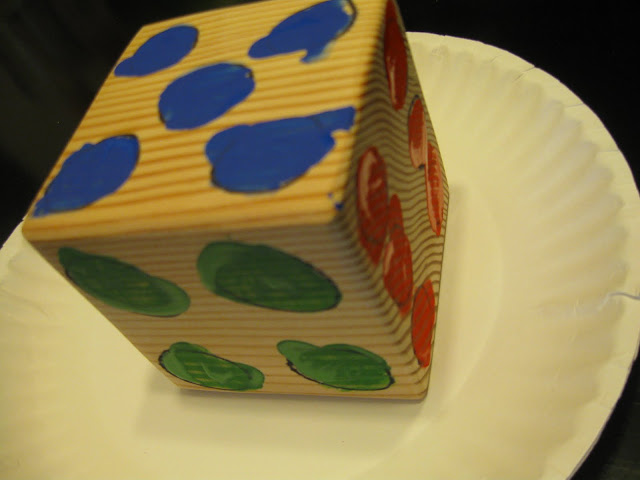 Even though the circles are not quite Exact as I would wish, they show the great personality of the almost 3 year old that made them.

Mom to 2 Posh Lil Divas said…
this is really cute! We use foam dice all the time but this is so personal - LOVE it!

would love for you to join my weekly child centered linky party - http://momto2poshlildivas.blogspot.com/2011/08/sunday-showcase-child-centered-linky.html

Aimee said…
Such a fantastic idea- and very educational as well! Thank you for linking up to The Sunday Showcase.
August 25, 2011 at 10:23 PM 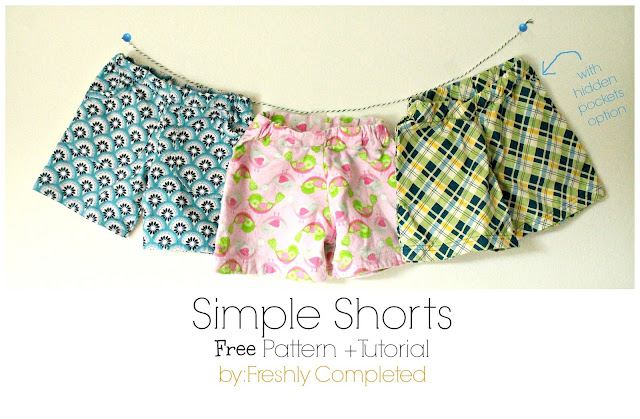